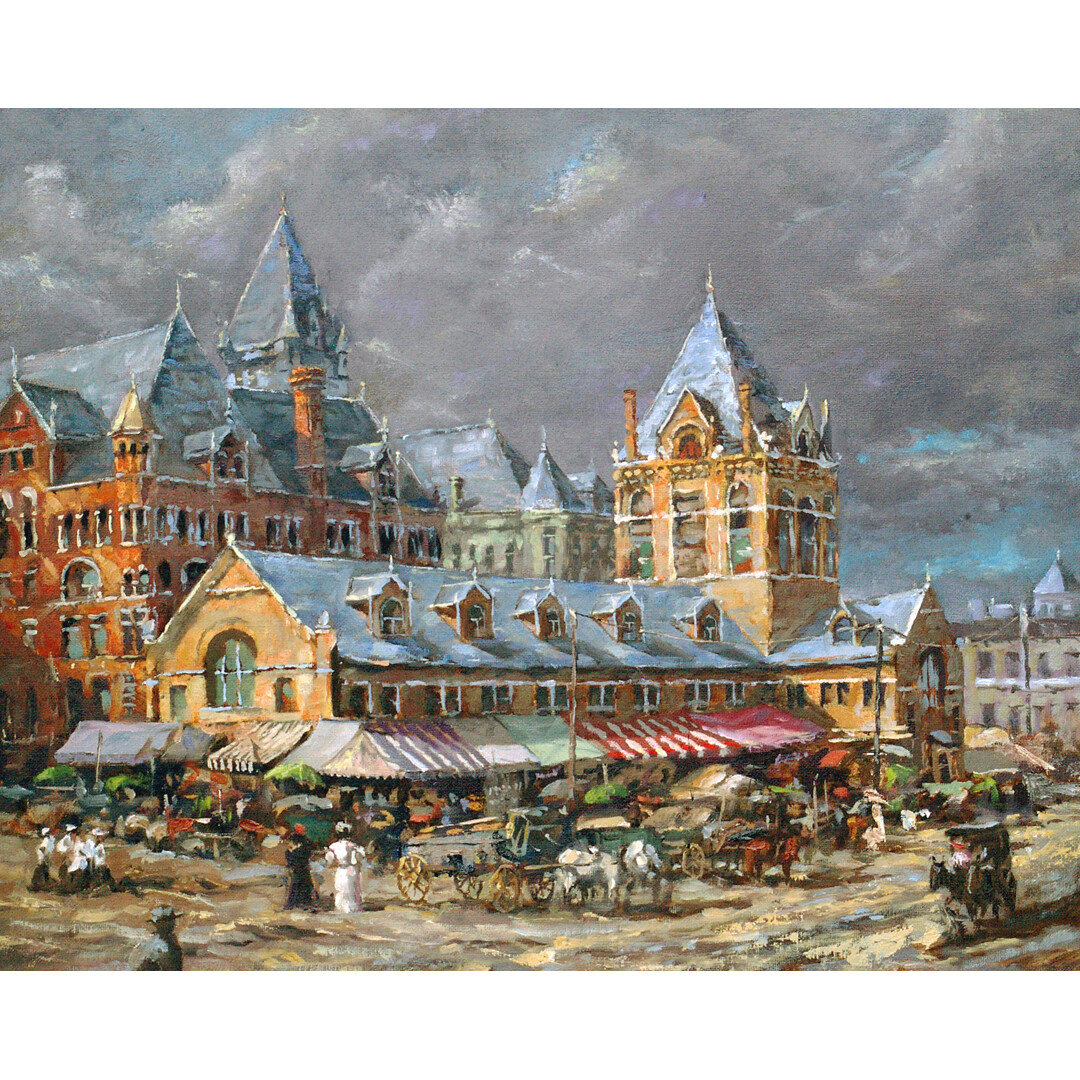 *About: It is Kansas City's oldest continuously operating business, and all here just about the same location. Originating in 1857 as a farmers' market, it quickly grew as settlers, travelers, and migrants came here to barter for food and wares. You see right behind the city market building is the City Hall that was built just after this market, taking advantage of the recently opened Hannibal Bridge making KC the new "Gateway" to the West. The turn of the century and the improved transportation, and markets in the surrounding townships, put the City Market as we see it here into a state of decline, as well as the flood of 1903 sending many businesses to higher ground. I love the fact that the River Market area is again starting to thrive, with new companies and residents taking advantage of the land nearer the river. In this painting I wanted to better separate the City Market from the City Hall, which in some photos was a bit confusing which was which. That and giving it a bit of atmosphere that we sometimes come across around town.