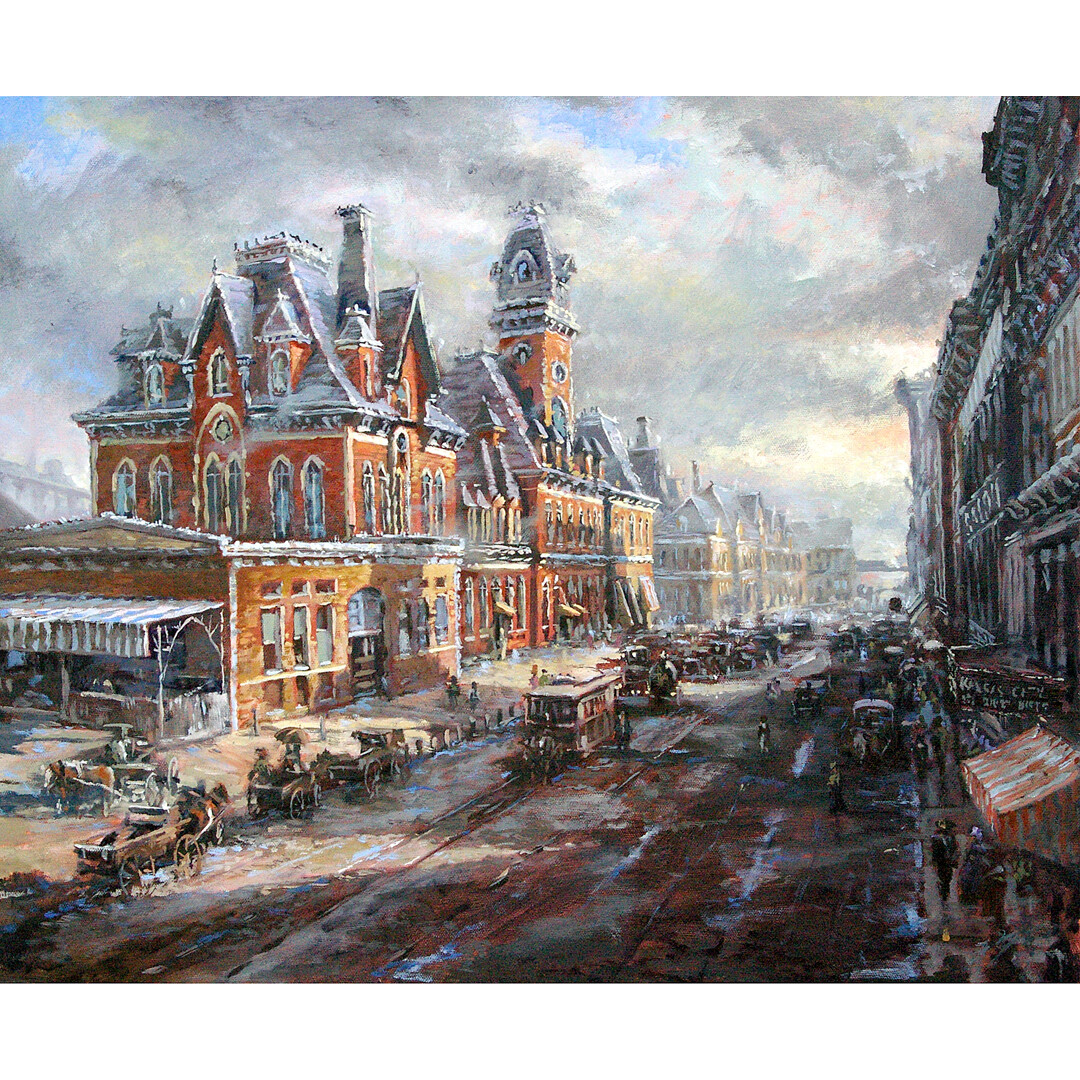 *About: Long before Union Station took it's turn as one of America's largest depots, Kansas City welcomed its newcomers at the Union Depot on Union Avenue in the West Bottoms, opening in 1878. This architectural masterpiece was created by Asa Beebe Cross, famed architect from New Jersey who also built the Vaile Mansion in Kansas City. Believed to be the largest building West of New York at the time, it was filling an important role in helping to build the west and bringing much needed beef to the East coast. The West Bottoms with all its industrial prowess could not stop the flooding that regularly engulfed the area, nor could a viable means of getting people from the West Bottoms up the bluffs to the city, so plans for a new station out of the flood zone began after the flood of 1903. The new Union Station was Dedicated in 1914.