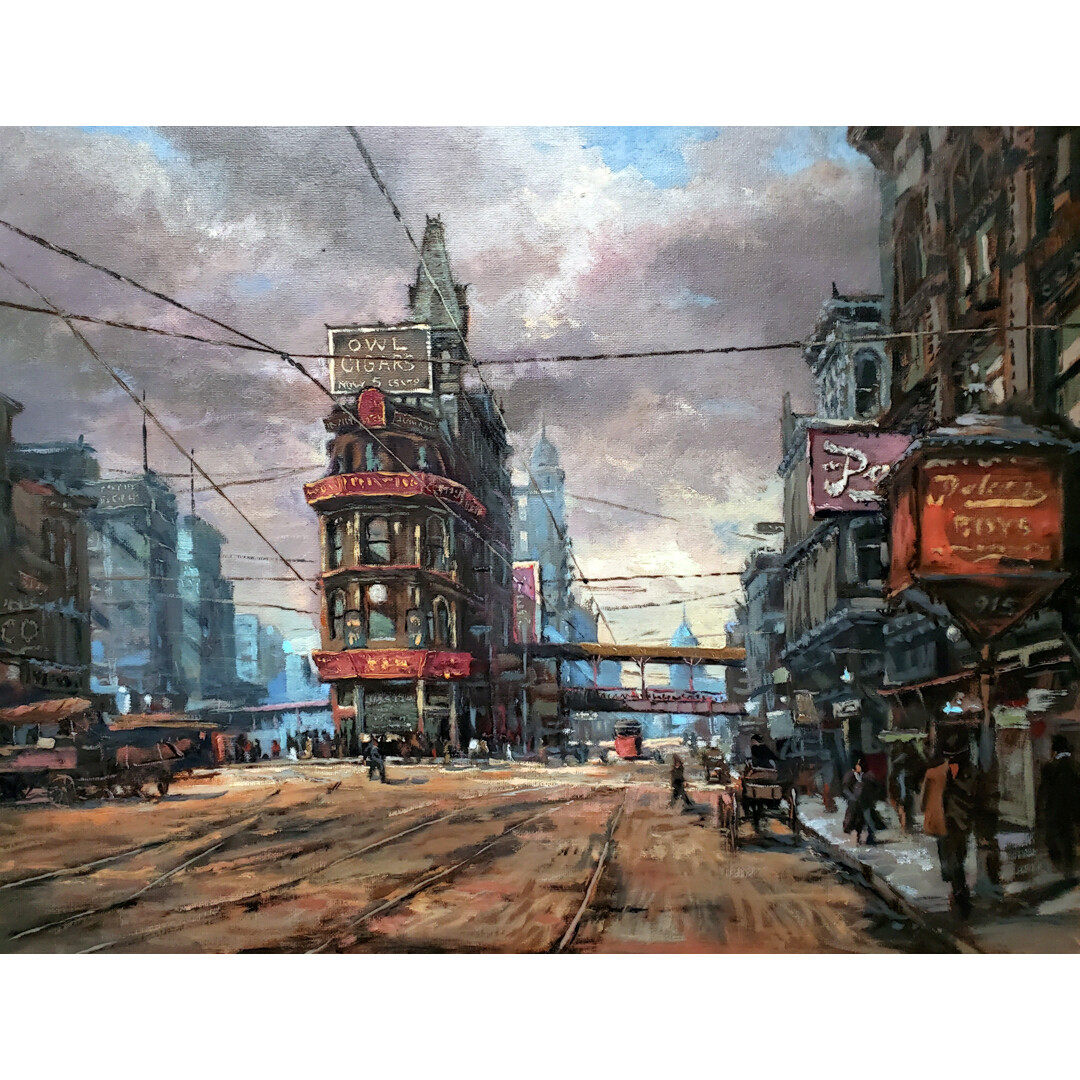 *About: The "Heart" of our city seems to be continuously moving. Where is today's center of Kansas City? It's the "Junction", kind of like the Power and Light District, or the Plaza, with shops and restaurants galore, and you could get a ticket here to go just about anywhere. Featured here is the old "Kansas City Times" newspaper building that began in 1867 and was later bought out by William Rockhill Nelson who began the Kansas City Star. The Times outgrew this beautiful building and sold it to Nathaniel Thayer, who named it "The Junction" building and moved the "First National Bank" into its space. Little is left of this vaunted shopping area, and its excitement that emanated from all the open shops.