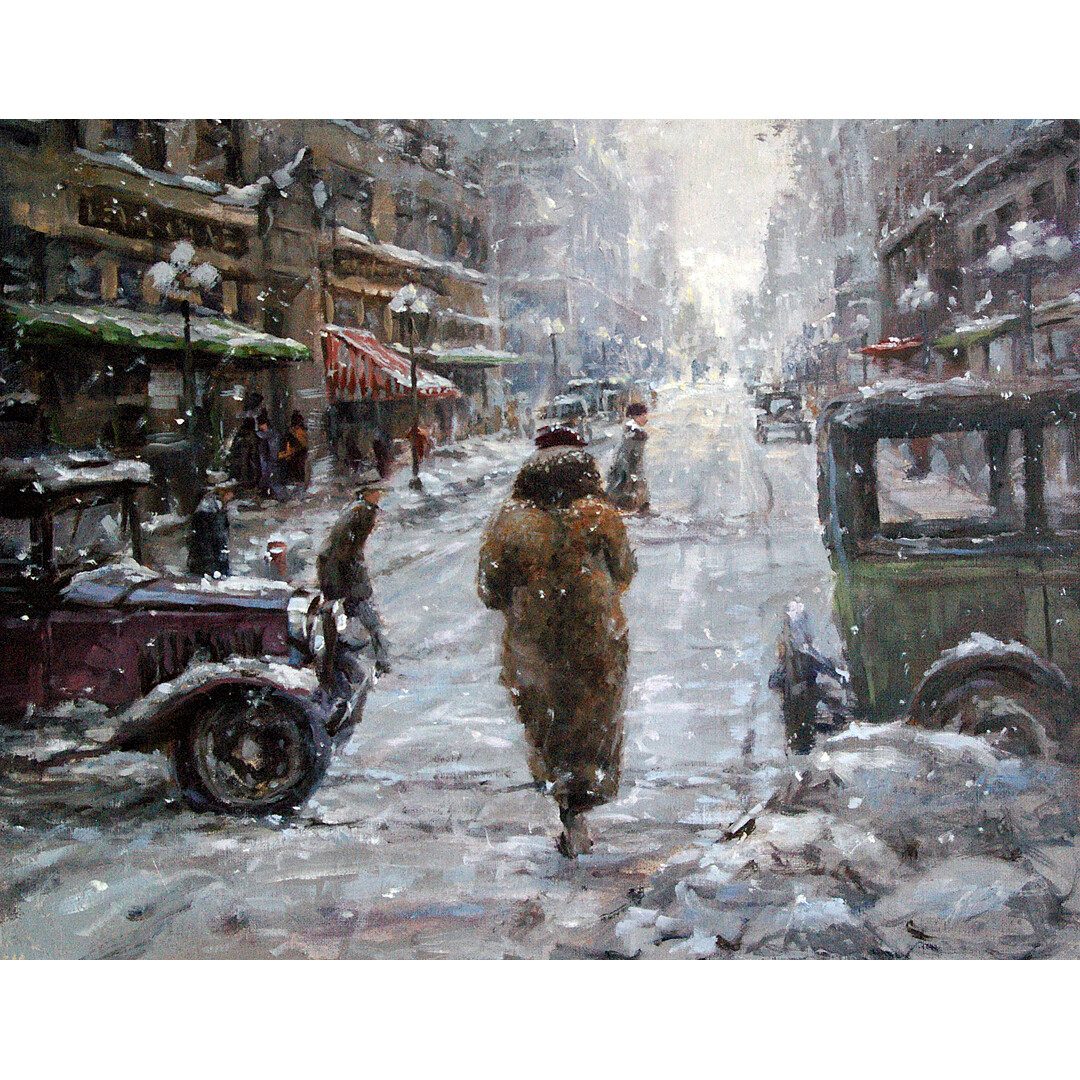 *About: Before they built the Country Club Plaza and before they began building malls for all the suburbanites, this was the premier shopping district in the city. It began in the 1800's as a place of saloons and brothels, but a newly elected mayor vowed to clean the place up by making it harder to get liquor licenses, and no more sales on Sunday. This was also a place where women could go to sneak a bit of fine wine in some out of the way rooms, in the cellars, or up above the main floors of the establishment. Women were not allowed in bars at the time. So, in came the shops, department and dry goods stores, and some of Kansas City's finest retailers opened up on what they called "Petticoat Lane". Herzberg's, Emery Bird Thayer, Woolf Brothers, all locally owned, set up grand old storefronts on Petticoat Lane. Later came the Nationally known retailers such as Macy's and the Jones Store. This scene is from an old photo that had a man standing smack in front and right in the way of that old Model A, so I just kind of asked him to kindly leave so I could put the coupe in. Sort of...